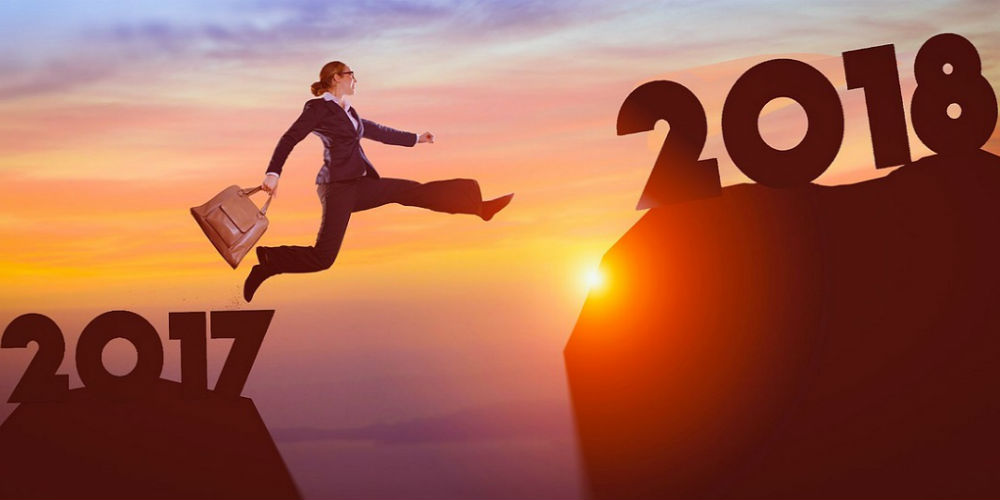 When most of us think about evolution, we think in terms of slow change over centuries. When we see change in front of our very eyes, that’s something else. Some might even call it disruption.

This is an apt description of what happened in the AV industry over the last couple of years, but especially in 2017.

Disruption can be unnerving and even scary to some as the status quo changes, but it can also be the harbinger of positive and exciting things to come for those with vision.

Let’s take a 10,000-foot view at some of the changes in 2017 that accelerated far beyond what we think of as mere evolution.

From an overall perspective, the pro AV industry has evolved in somewhat of a traditional sense from local, to regional, national and, most recently, global in scale and scope.

Separating the headline stories of 2017 “mega-mergers”and acquisitions from the realities of the industry, the majority of the pro AV industry output is still local and regional in nature and can be characterized as small to medium sized businesses.

The headlines do rightfully note the expansion in M&A of systems integration companies like AVI-SPL and Diversified and nearing the $1 billion a year mark, unthinkable a few years ago.

This depicts a trend at the top end but does NOT mean that the local and regional companies will go out of business.

On the contrary, this means that companies of all sizes need to change with the times in order to compete.

This requires a new perspective of markets, products and services, as well as business practices, leading ultimately to differentiation answering the question, “why buy from us?”

AVIXA Name is Shift Towards Experiences (Not Boxes!)

Recognizing the existential changes in the systems integration industry, InfoComm in 2017 changed its name to AVIXA.

Regardless of what you may think of the new name, it describes and defines change.

We are talking about true systemic CHANGE here; the acronym itself demonstrates this.

“AV” for audiovisual, “IX” for Integrated Experience, and “A” for Association.

It recognizes and proves that we are in the first stages of moving away from selling what I call widgets (hardware, simple boxes) and into the realm of solutions and the integrated experience.

Just as the overall AV industry has changed, so have the manufacturers and distributors that serve it.

On the manufacturing side, the biggest news was the finalization of the acquisition of Harman by Samsung.

This adds audio (consumer, professional, and automobile), and remote-control technologies to a massive list of Samsung display offerings, among a myriad of other technologies.

Match these eight companies with the integration firms that acquired them. Determine if you are an expert when it comes to the integration markets fury of mergers and acquisitions.
START QUIZ

While not as large, the acquisition of Milestone by Legrand is significant as well. Legrand, a giant in lighting controls, home automation, electrical and low-voltage infrastructure, now adds screens, mounts, and PTZ cameras to their mix.

The point to these examples is an expansion of solutions a given manufacturer has to offer.

Tie this together with an expansion of what an AV integrator has to offer along with the new verticals they can serve, and you will see the future of Pro AV.

Once again, it is about tactics and vision.

I would be remiss not to mention the changes we have seen in the sales and distribution of AV products.

While some manufacturers still sell directly to integrators with their own sales staff or through independent reps, an increasing number have chosen to use distribution.

This allows for more coverage of the integrator channel and in many cases, better ROI in terms of the sales expense.

Distributers used to receive a bad reputation as simply order takers; but in many cases, this too has changed.

Several noted distributors have mandated that their sales associates get certified in digital signage with the Digital Signage Certified Experts (DSCE) and Pro AV with the AVIXA Certified Technology Specialist (CTS) certification.

You are now able to speak to a person who is qualified from an AV industry perspective and many have taken specific courses provided by their vendors aimed at better serving their client base.

In addition, most distributors have product experts and technical staffs on board and many employ outside sales teams that call directly on AV integrators, not unlike what manufacturers used to do back in the day.

This is a tangible migration toward full service, total solution distribution.

What we are seeing most clearly in 2017 is the concept of adding value in the sales and distribution channels and, ultimately, for the end users.

Today, a display is a display, and in some senses, a commodity. But when you add a mount, media players, switcher, distribution amplifier, etc. to the mix, you have a total solution.

Sometimes, that is still not enough to provide differentiation.

Another way is to add value is in the form of services. This may fall under the heading of a maintenance contract or a full set of managed services for an enterprise.

Another example is the utilization of partnerships as a service. A partnership between a service provider and an integrator, brings a level of expertise that the integrator alone may not have in house.

The concept of outsourcing and partnerships is relatively new to the Pro AV industry, but these services expand what a company can offer in terms of overall value.

Systems Integration Tech That Stands Out

This could not be a review of the Pro AV industry without a cursory shout out to some things techy in nature, so here goes.

Big Data: Yes, You Have to Use It!

A big contributor to everything we do is the availability of what is called big data. It has been a huge topic for the past few years when it started as a popular buzzword.

We now have access to mass quantities of gathered data and we are in the midst of the learning curve in terms of how to address and use the resource.

Digital signage has the potential do more than passively collect data–it can use existing data to change people’s behaviors.

It can help us in everything from planning better medical treatments to executing better marketing and sales campaigns.

In 2017, we began to see advancements to humanize big data, seeking more empathetic and qualitative bits of data.

It is now our job in systems integration to find these resources and suggest ways of presenting them in a more visualized and accessible way. It is the raw material of modern communication.

It is now widespread, and many systems integration pros have dedicated people and some even have divisions focused on the segment.

Why? It is because digital signage, and their content management systems (CMS), are all the rage in nearly every venue we serve.

It is no longer limited to an advertising medium in retail or quick serve restaurants. It is one of the fasted growing verticals in corporations (still the number one venue in Pro AV) and education (number two in Pro AV) with employee and student facing networks and communications.

Digital signage has rapidly evolved into providing an overall set of communication tools. If big data is the raw material, then digital signage in one form or another, is becoming one of the primary vehicles to deliver it.

From a “pure” technology point of view we are still inundated with mentions of the cloud, but that has been surpassed in 2017 with acronyms such as IoT (internet of things).

Technology consulting firm Gartner projects that 6.4 billion connected things will be in use worldwide this year, up 30 percent from last year.

And Gartner forecasts that number will grow by more than three times, to nearly 21 billion by the year 2020.

As you know, we used to speak (endlessly) about the convergence of AV and IT and ponder when it would come. I hope those that have hung back will now join the new world order.

Looking at hardware advances in 2017, most would agree that the most visible elements (pun intended) are the new versions of display technologies that we now have at our disposal.

There has been a growing acceptance of 4K UHD, but it is the promise of the combined benefits of high dynamic range (HDR) in both source materials and displays becoming more pervasive that is most exciting.

If we match 4K created content and a 4K UHD display, the outcome is exceptional.

While content is king, it is the ability of the display to show the content that delivers the goods. In flat panel displays, we see the battle between quantum dot LCD technology (popularly known as Samsung QLED) and organic light-emitting diode technology or OLED (touted by LG).

Each type of technology has its advantages, but the common denominator is that both provide an outstanding image that must be seen to be believed.

The final technological shout out for 2017 is the growth of direct-view LED and fine pitch indoor displays, specifically.

The sweet spot is from 6MM down to 1.5MM dot pitch. Yes, there are smaller dot pitches under 1MM available and while they are certainly interesting, their pricing and availability keeps them from being mainstream (so far).

When we get below 2.5MM down to 1.5MM, the images get very interesting.

Of course, they are seamless and bright, but it is the video handling capabilities that stand out.

Several of the leading suppliers are even capable of handling HDR with 16-bit color processing.

For the naysayers out there, this is not a fad, and this is coming to a Pro AV distributor and integrator sooner than many may think.

These are my overall systems integration industry thoughts for 2017, with a little technology thrown in for good measure.

It has been a stellar year by most accounts, marked by trends and events that will surely shape our future.

Some may think of these as disruptive, but as noted in the beginning, this can be a positive thing fueled by excitement and learning new things and finding new ways to conduct your business.

History tells us that most important things have transpired in periods of what could have been called disruption. As I always like to say, the only constant is change. We need to embrace it, learn from it, and apply those lessons to our daily lives.

Disruptive? Not for those that see the opportunities and seize the moment. This is the new Pro AV industry of our times. Enjoy your participation!