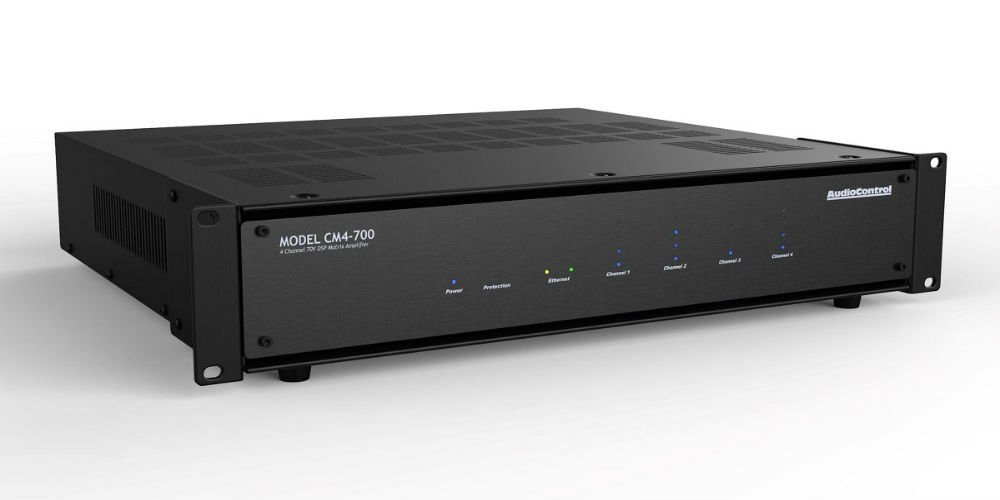 A manufacturer of residential, automotive and some commercial products is stepping out into the commercial space and exhibiting for the first time at InfoComm. The AudioControl InfoComm 2018 booth (#N3139) will feature the company’s new 70-volt amplifier, the CM4-700.

The company says their new dual-mode amplifiers run both high- and low-impedance and use a DSP amplifier platform that enables integrators to fine-tune sound “for any acoustic environment,” according to the press release.

“AudioControl has been expanding into commercial markets and as demand for our solutions has increased sharply, we decided that the timing was right to exhibit at the AudioControl InfoComm booth,” said CEO Alex Camara.

AudioControl has a 40-plus year history of creating award-winning products for integrators and backing them up with superior customer service as well as a 5-year warranty.

AudioControl says the CM4-700 70-volt amplifier will be available “later this year.”