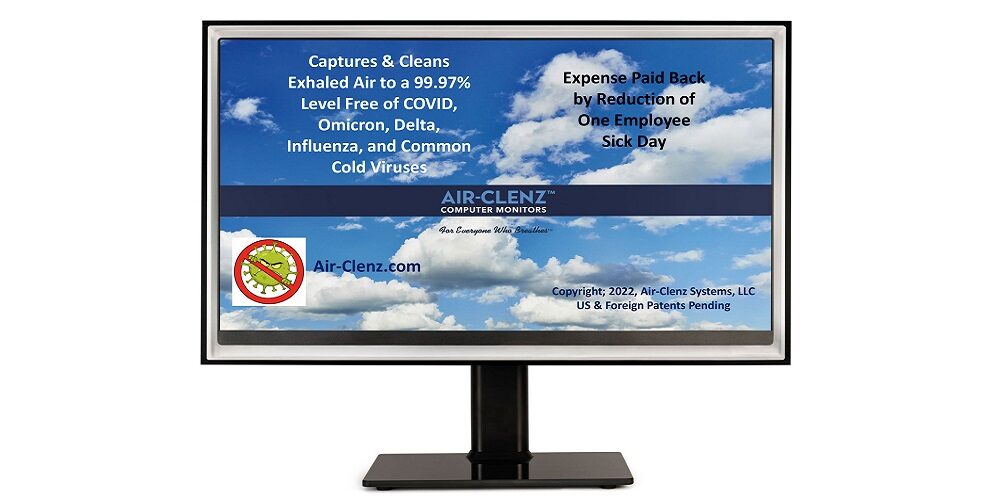 Air purification tactics have evolved considerably with robots, ceiling tiles and now a computer monitor being used to help answer the question: how can we better manage disease spread in schools, offices and other businesses to help facilitate a safer return to in person operations?

At this year’s Consumer Electronics Trade Show (CES), Air-Clenz, an emerging technology company in the category of air quality control, will be showcasing their Air-Clenz Computer Monitor and Air-Clenz Laptops System. The systems, which use proprietary Air-Clenz technology, takes the air exhaled by users in front of the computer screen, captures it, and purifies it with up to 99.97% effectiveness.

Following third-party testing from Resolved Analytics of Durham, N.C., a firm specializing in the field of computational fluid dynamics and Multiphysics simulations, it was also revealed that the monitors and systems were able to capture and clean 95% of all air exhaled by the user.

“Traditional heating, air conditioning and ventilation (HVAC) systems were never designed to prevent the spread of viruses. With vents located on a room’s exterior walls, they pull air across a room, past people, and can in many cases increase transmission rates,” said Dr. Anita Broach, Air-Clenz Chief Scientist. “While conventional air purifiers are somewhat better, only Air-Clenz can quickly capture and clean exhaled air before it disperses within a room’s indoor environment.” 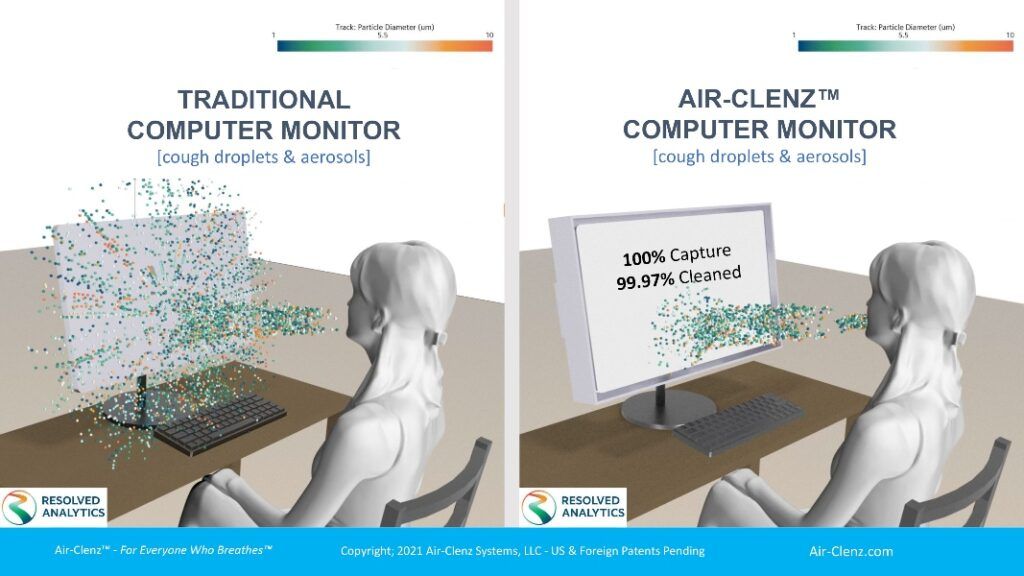 The technology works twofold, an exhaled air collector that corrals a person’s exhaled air, and an exhaled purification chamber that uses HEPA filters to clean contaminants and viral particles such as COVID, its variants, Influenza and the common cold.

Recently, the company has announced that this propriety technology is currently being licensed to monitor, laptop and air purifier manufacturers. The tech can be built into the monitor during the manufacturing process or retrofitted afterwards to an existing monitor. And, according to Air-Clenz, the cost is paid back with the first avoided sick day.

The laptop system, meanwhile, works much like a docking station, activating once the laptop is plugged in. The device then captures and cleans both the exhaled air and surrounding air.

While not meant to replace HVAC systems or air purifiers by any means, the Air-Clenz technology stands as a great supplement to any air purification or disease prevention strategy and can potentially give business decision-makers another tool in their belt for keeping building occupants safe and healthy.

This post originally appeared on our sister site DesignWell.