IT admins will need to patch 121 critical vulnerabilities this month as part of Microsoft’s monthly security patches, which is notably higher than what is typically expected of an August security release. According to Zero Day Initiative (ZDI), the security bugs fixed this month affect Azure Batch Node Agent, Real Time Operating System, Site Recovery, […]

Microsoft has released patches for 84 security vulnerabilities in its IT products for its July Patch Tuesday release, including an actively exploited Windows Client Server Runtime Subsystem (CSRSS) bug that could allow an attacker to execute code as SYSTEM. According to security researchers at Zero Day Initiative (ZDI), Microsoft’s July Patch Tuesday release fixes security […]

IT admins have a lot of patching to do this month as Microsoft has released patches to address nearly 130 security vulnerabilities, including 10 critical bugs and three with a CVSS of 9.8. According to Zero Day Initiative (ZDI), the vulnerability disclosure initiative of cybersecurity firm Trend Micro, this volume of patches has not been […]

February Patch Tuesday: No Critical Bugs, But A Handful To Prioritize

Microsoft has released just 51 new patches to address vulnerabilities this month, but February’s Patch Tuesday comes with an anomaly: there are no critical-rated patches. The number of security patches is unusually low, as the company last month issued fixes for over 120 security bugs and patched 67 vulnerabilities in December. However, the most unusual […]

Microsoft has released patches for 71 new vulnerabilities in Windows systems and applications this past Tuesday, which follows 11 previously patched software flaws in Microsoft Edge and OpenSSL. That makes 82 patches this month, which is just slightly down from the 86 patches issued by Microsoft in September. This month’s patches address issues in Edge, […] 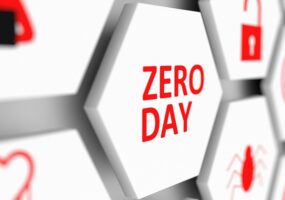