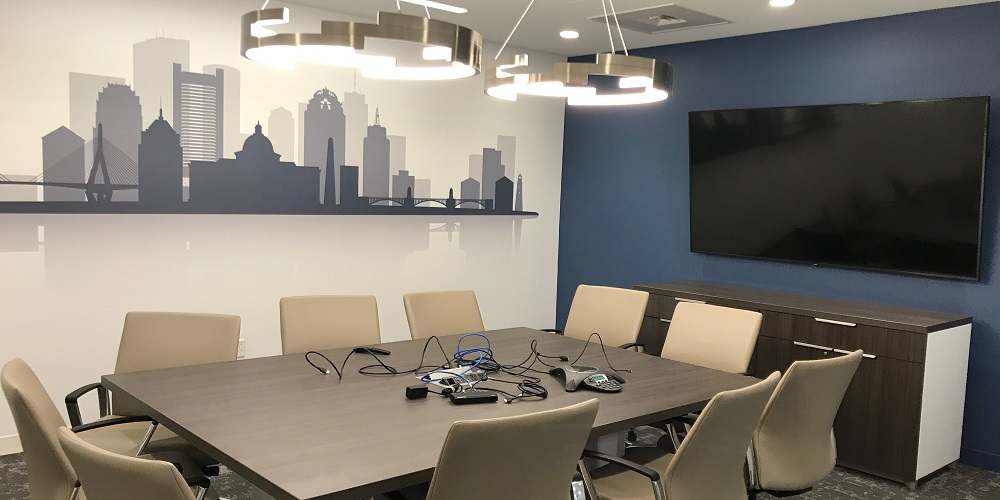 We write a lot about implementing technology in the workplace

Emerald Expositions is the leading operator of B2B trade shows in the United States, operating more than 55 trade shows and numerous other events. The company also owns a number of trade publications, including My TechDecisions.

After being purchased by Emerald Expositions, My TechDecisions’ team along with colleagues in sales, marketing, audience development, design, and those running sister sites Commercial integrator, Security Sales & Integration, and Campus Safety, were in need of a new office space.

After creating a scatterplot of employee addresses to find central location for all employees, the company settled on a brand-new office space at 100 Crossing Boulevard in Framingham, Mass.

The new space would serve as a fresh start for the newly acquired properties, but before moving in the entire office needed to be built from scratch.

That included hiring an AV integrator to implement technology up to the standards of the publications that cover the industry.

“I hired a project manager because this is across country for me. They are great – they represent Emerald. The project manager bid it out,” says Stacy Smith, executive assistant and corporate operations manager for Emerald. “We were ahead of schedule the whole time.

“Lee Pongraphan, our sr. director of infrastructure and services, and I worked closely for months on the spec we need on the technology side. Lee maps all that out, and then the project manager sources that out for AV,” says Stacy. “As soon as you sign the lease you’re working on the technology.”

In this case, the project manager chose Dnet Cabling & A/V Technologies to implement much of the technology alongside Emerald’s internal IT team. 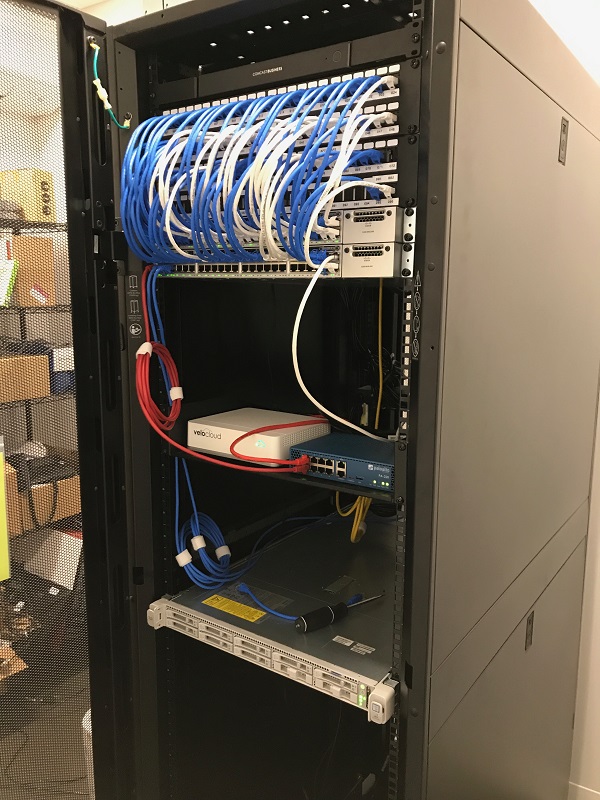 “We know the project manager, so we knew clients would be moving in. We did the work downstairs (at the building). Mike Bogdan reached out and said they wanted to bring us in on the project,” says George Ziegler, AV engineer at Dnet Cabling & A/V Technologies. “We submitted a bid based on requirements from the client, they were satisfied with it, and we got awarded both the communication and AV installation.”

The work started before even entering the building for Dnet.

“Before the project took off we started with communication,” says Ziegler.

“We made sure everything was kosher with the client before any equipment was purchased, and that they fully understood what the scope of work was – networking, sound masking, TV installations, and connections at the tables.”

Ziegler and his team first came into the space after walls were put up. They began by cabling for the communications. They weren’t handling the phone themselves, as it was a network system that then internal IT team would deploy.

They still needed to run Cat6 white cable to every location so when it came to the rack it was one color. They implemented a Systemax solution and unloaded patch panels in case of issues – they could easily remove or replace jacks or cables without needing take down the patch panel completely.

Workstations could then be moved around as needed.

“It was a pretty straightforward installation for the communications side,” says Ziegler.

A more unique aspect of the space was the sound masking solution from Cambridge Sound Management. The solution is built into the ceiling with a similar look to the sprinkler system in order to blend with office aesthetics.

Read Next: See all of our projects of the week here!

The level of white noise coming from the solution can be adjusted through a corresponding interface. A relay is inside the equipment so that during a fire alarm the sound masking will be muted so that alarms can emit to the correct decibel in the space, adhering to the electrical code.

Finally, two conference rooms in the new office are fitted with Samsung OLED displays. HDMI/USB extenders from Crestron were mounted under the tables, while a Cat6 cable runs from the device to the TV, enabling users further connection options. 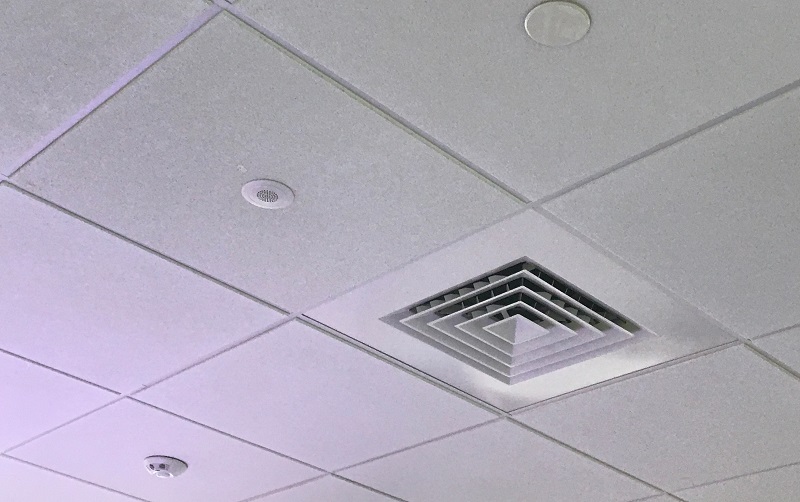 Additional technology implementations at the office include a keycard access system, wireless printing capabilities, and guest Wi-Fi access separate from the internal network.

The Impact on TechDecisions

Our coworkers are very happy with the space. Coming from a space that the company had leased out for fifteen years, a fresh start after the acquisition was well needed.

The advance in new technology for the space is also a welcome addition for a company that has multiple publications dedicated to the technology field.

“The artwork for the office has a personality unique to Massachusetts with its Boston theme. It is a great environment to come to every day.”

This article was originally posted in January 2020.