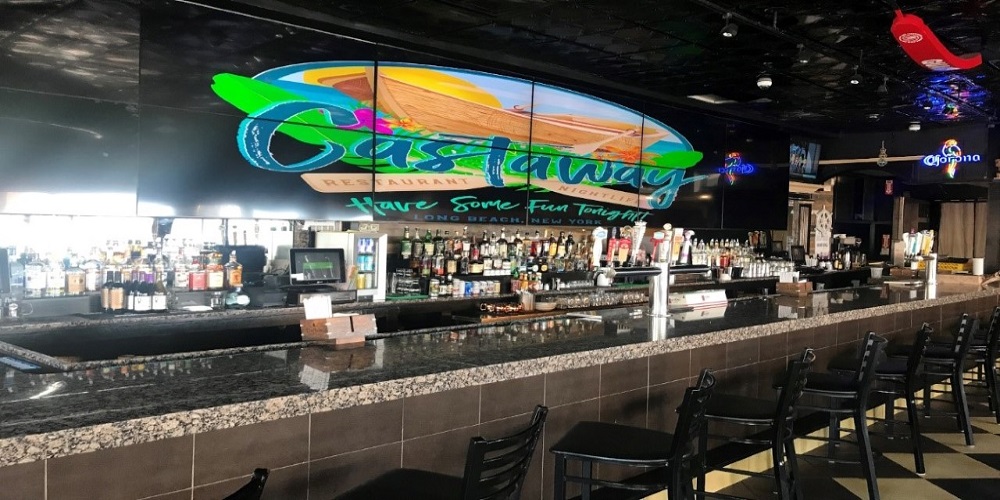 Opening its doors in March 2019, the Castaway bar and restaurant has quickly made its mark in Long Beach, New York, both for its menu of new and traditional American fare and the sheer number of restaurant displays it packs into 2,500 square feet.

Castaway was looking for digital signage solutions that would allow customers to watch live sports and other content.

Music is another important element to Castaway’s atmosphere, whether it’s from a streaming service in the background, the aforementioned DJ, or live musicians playing during weekend happy hours.

“The Castaway’s owners love their high-tech setup, but during the planning stages of the project, a video wall did raise a big concern for them: the burden it would place on staff to operate it,” says Richard Papp, president of Paply. 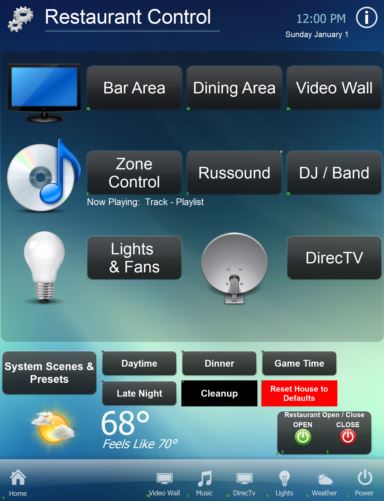 “So control was a high priority in this installation from the beginning. The owners wanted a powerful system that would automate many aspects of operating the restaurant, while making it simple for staff to switch video and audio sources on the fly using an iPad. To meet these needs, we turned to RTI.”

With video distribution provided by Just Add Power’s (J+P) 3G Ultra HD Over IP platform, guests can watch live sports and other content from four DirecTV receivers on the video wall — in addition to music videos from a live DJ on Friday and Saturday nights — in a variety of screen configurations.

And with an additional 19 50-inch Samsung displays located throughout the restaurant — playing content from an additional four DirectTV receivers — there isn’t a bad seat in the house.

Audio distribution throughout the restaurant is provided by RTI’s AD-8x, with sources including a Russound XSource streaming audio player and two RTI RSP-1 remote source plates: one located in the DJ booth and the other connected to a Behringer X Air digital mixer used by visiting musicians.

In addition, RTI’s ZW-9 Z-Wave interface is being utilized to bring six self-powered JBL speakers — each of which is connected to a GE Z-Wave switch — into the system. 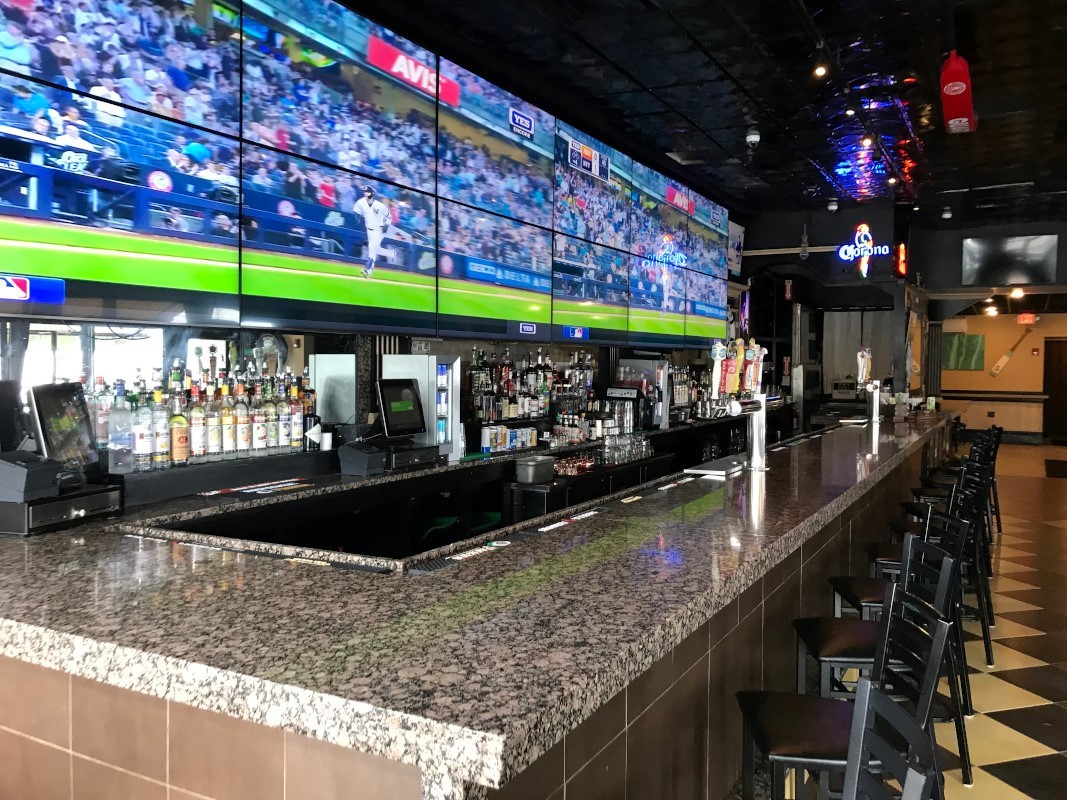 They save valuable time when opening or closing the restaurant by turning on or off all displays, lighting, and more with a single button tap.

The iPad’s custom interface also makes it simple for them to send any content to any display, change the configuration of the video wall, and switch between audio sources.

With the XP-6s’ built-in astronomical clock for time-based events, automated scenes free up staff throughout the day.

For example, at a certain time every day, the Dinner Scene activates, which automatically adjusts all lighting to a predefined level and reduces the brightness of all TVs.

Related: Digital Display System Fails (And What They Should Have Looked Like)

“We were able to check off every box for this project with RTI,” says Richard Papp, president of Paply.

“The staff absolutely love the control system’s simplicity and ease of use. It requires very little training on their part and allows them to spend less time managing the restaurant’s technology and more time servicing its customers.”