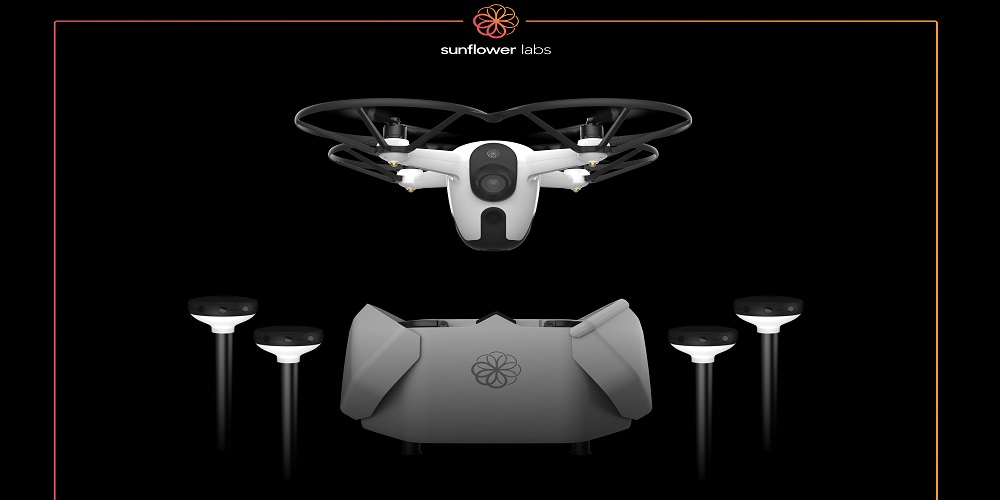 “Thanks to the integration of AI and machine learning, homeowners can now have a truly smart security system that, over time, learns and reacts to its surroundings. Sunflower Labs is a leader in the next evolution in smart security,” says Alex Pachikov, co-founder and CEO of Sunflower Labs.

If the system senses anything out of the ordinary, it sends an alert to the property owner’s mobile device. The owner can choose to launch an autonomous drone flight and view real-time aerial footage of the property via the Sunflower Labs app from anywhere in the world.

At a starting price of $9,950, this isn’t going to fly off the shelves in the average-consumer market. But could this cost be justified in a small- or medium-sized business or organization setting?

Benefits include 24-hour, data-driven security and the potential to eliminate other forms of expensive monitoring cameras and the storage necessities that go along with them.

Let us know what you think in the comments below: would you pitch something like this at your org?