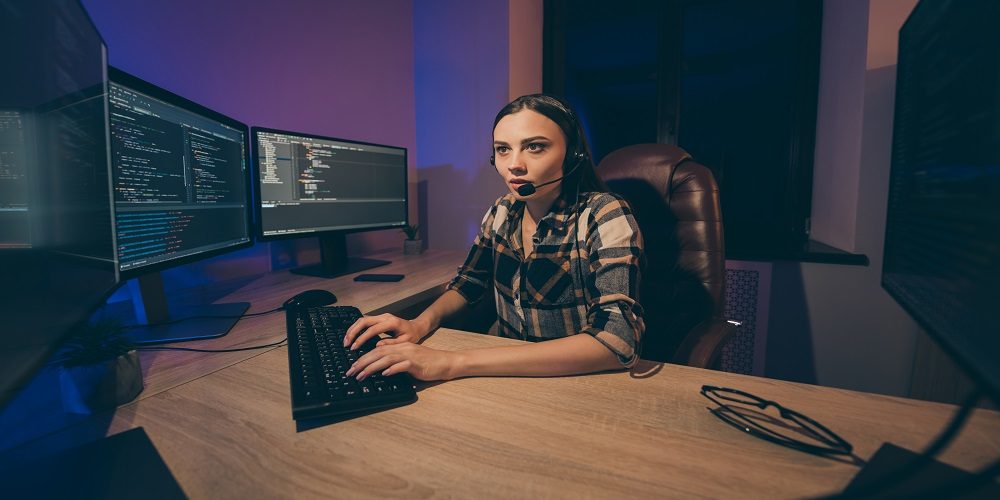 “The average person has no idea how software is made,” Clive Thompson, tech journalist, told Saron Yitbarek, founder of the CodeNewbie podcast, at the virtual Red Hat Summit 2020. Never mind the people behind the code.

So Thompson interviewed a wide swath of software programmers — from Facebook & Google devs, to the people developing Javascript login pages at local banks — for his book, Coders: The Making of a New Tribe and the Remaking of the World.

Throughout his work, though, Thompson says he realized how important open source is to the technical and emotional development of coders.

“It gives them an opportunity to learn and to do something in concert with the world. You can see the code others have written and you can tinker with it — all while collaborating and helping others out,” he says.

Working from home: it’s always been a thing among coders

The first person to have a computer in her home was likewise the first to work on software remotely. In the late 50s, Mary Allen Wilkes was hired by MIT with no prior experience and was placed on a team building “The Linc” — a refrigerator-sized data processor.

When that team moved to St. Louis, she refused to move from her home in Baltimore. So MIT sent a Linc to her house. Apparently, the working from home mindset has always been important to many coders.

The idea of a ’10x’ coder means is basically that there’s a coder 10 times more capable than their colleagues.

Thompson’s research found a study — not a great one, he says — that revealed there is in fact a minority of software programmers who are far more efficient at debugging, writing code, etc.

“A lot of coders like to think of themselves, so this really took off into a mythology that became something managers sought out,” he says. “It started to corrode into a license to tolerate terrible behavior from talented developers.”

He says that became a bane for the programmer culture.

The antithesis of a 10x coder: they may or may not be extremely proficient; but they’re all about collaboration.

“It’s a way to mockingly point out the problems of 10x coders for people who pride themselves on doing crucial engineering work,” Thompson says. “They often clean up the frantic weekend-coding project from 10x coders into something that will work for more people down the line.”

Who in your organization is the 1x-er? Beware: you probably don’t want to call them that!

Thompson admits that before he started work on this book, he fell victim to the common stereotype of coders being these anti-social types. While that preconceived notion was proven false many times, he was able to identify one thing that was true for everyone he interviewed.

“The one common thread that I found in all of these software programmers was that they are all really propelled by, passionate about, and even obsessed with efficiency and automation.

“It’s because software is really good at taking things that are boring and slow and automating them so humans don’t have to bother. Many of these developers have a moment early on where they’re able to save somebody time, and it’s this electric moment in their life.

“They can change the world, but they have trouble turning it off.”