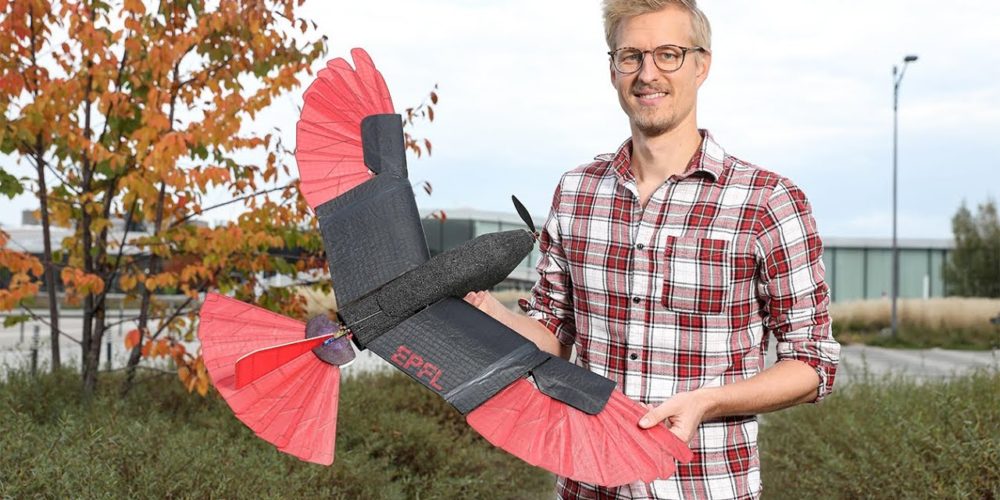 Biomimicry has proven itself capable of soothing stressed employees’ minds and having potential lighting applications. Now, it’s being used to re-engineer drone flight.

You could argue that engineers have looked to the wings of birds for inspiration even hundreds of years before the first airplane successfully took flight. But, of course, drones are still relatively new to the world of flight science.

Researchers in Switzerland recently took it upon themselves to see if the science behind bird feathers could also apply to drones.

According to a recent DroneDJ report:

There’s a reason why shark skin has the texture it has; why geckos can cling to the wall, why bird feathers are constructed so that they can slide over one another to change the surface area and flight characteristics of a wing.

And it’s part of that last feature – the shape-shifting ability of some wings – that caught the attention of engineers at the science/technical institute EPFL in Switzerland.

They specifically looked to the Northern Goshawk — a raptor capable of shifting its wings to weave through dense forests with exceptional agility — for flight pattern inspiration.

Their design, seen in the video above, utilizes a “morphing tail” to see if such a feature is responsible for the bird’s fast turns, quick decelerations, and hovering capabilities.

Only one problem is evident in their design: the complexity and increased capabilities of their bird drone translates to a piece of aircraft that’s incredibly hard to control. The next step in their research is to bring AI in as a sort of autopilot.

There’s a huge holdout in technology right now for inventors to look to nature for solutions to human-centered problems.

A recent study revealed a positive connection between nature experiences and overall happiness.

An AI analysis of 31,500 photographs across 185 countries showed that images of fun activities and vacations are more likely to contain elements of nature. They sourced the images from various social media posts.