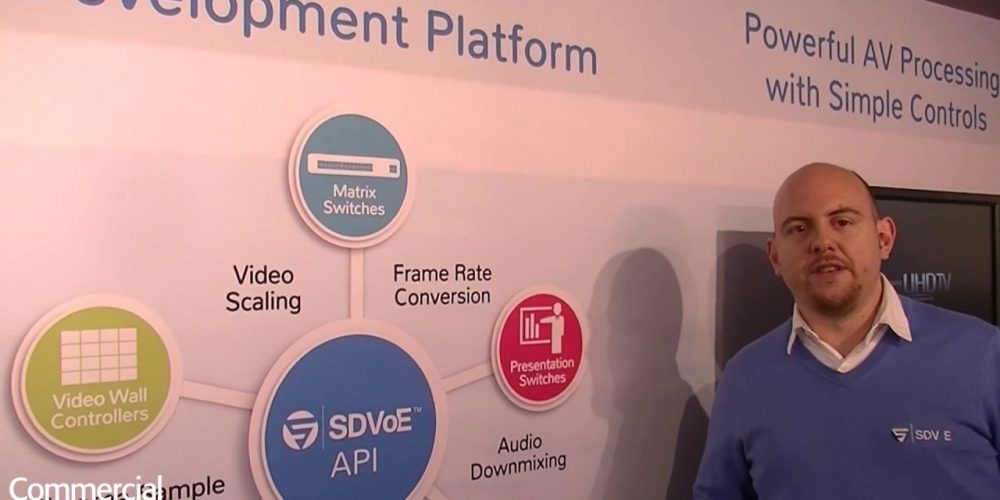 Last year’s Integrated Systems Europe served as a stepping-out party for newly formedSDVoE Alliance. At ISE 2018, the consortium aimed at standardizing the adoption of Ethernet to transport AV signals in professional AV environments is focused on demonstrating AV/IT convergence capabilities on a 1G infrastructure.

At ISE 2018, February 6-9, SDVoE will feature a series of interactive, head-to-head demonstrations that highlight the pitfalls of trying to use a single 1G network to combine AV and IT, according to a press release.

“The big dream of AV/IT integration is to simplify your infrastructure to a single, flexible network, and the benefits are huge,” says Justin Kennington, president of the SDVoE Alliance, in the press release.

“Unfortunately, there is a lot of misinformation out there, some even put out by major manufacturers, that would lead you to believe that a 1G network is up to the task. We’ve put together three straightforward comparisons that confirm 1G infrastructure cannot support IT data users and AV-over-IP systems simultaneously. True AV/IT convergence, with zero-millisecond latency and flawless image quality, can only happen on 10G infrastructure, and only with SDVoE.”

The demonstrations, which will take place in SDVoE’s stand 3-B150, will use quality of service (QoS) techniques on standard network hardware to illustrate the productivity losses that occur when one type of data must be prioritized, according to the press release.

From the press release:

The demos will show that with low-cost 10G hardware, such compromises are not necessary. Finally, SDVoE-compliant hardware will be compared head-to-head against so-called “no latency” 1G products so that booth visitors can observe for themselves that “no latency” means something very different than “zero latency.”

According to SDVoE, benefits of a single flexible 10G infrastructure for AV and IT include:

All AV distribution and processing applications that demand zero-latency, uncompromised video can benefit from SDVoE technology, which provides an end-to-end hardware and software platform for AV extension, switching, processing and control through advanced chipset technology, common control APIs and interoperability.