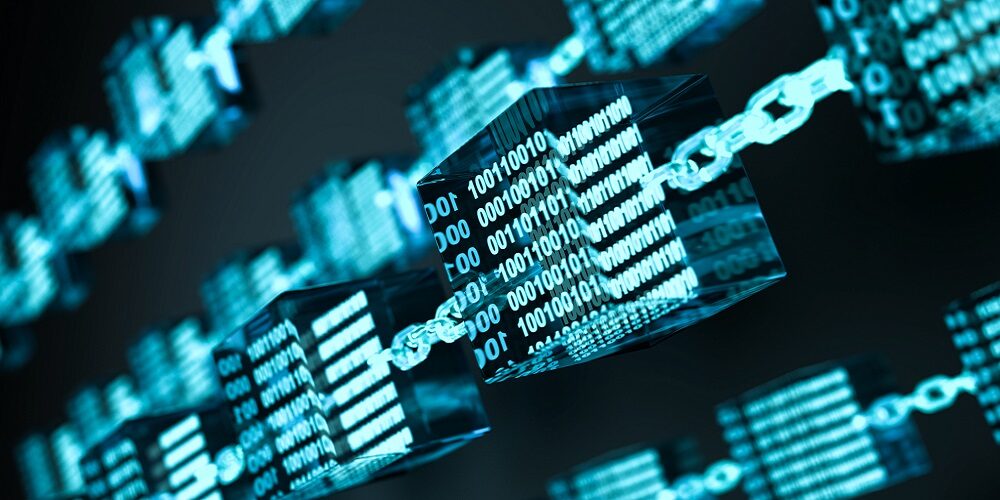 Blockchain has become one of the hottest buzzwords across the business and technology worlds. But what does this mean for enterprises, if anything? How can CIOs and tech leaders make the best decisions in these early days?

In essence, blockchain is a tool – much like the internet is a tool – with immense promise to change the way businesses are run. The internet also created a lot of hype at the outset but has become a natural part of everyday working life in a way that seems likely to happen with blockchain. We’re a long way from that happening, so let’s break down blockchain and put it in the context of what it can do for the enterprise.

So what is blockchain, anyway?

Blockchain — also known as “distributed ledger technology,” or DLT — is a decentralized database that maintains an ever-growing ledger of transactions. Each transaction is recorded as a “block” in a data “chain” — every block being cryptographically hashed with the preceding record to preserve the order, timestamp, and data associated with each transaction. Once a block has been added to the chain, it cannot be deleted or altered. Because of this, the transactions recorded on a blockchain are both immutable and verifiable. Furthermore, the decentralized nature of the database distributes the transaction records across multiple nodes, mitigating the potential risk of single point of failure.

Blockchains can be public and accessed by anybody who wishes to participate on the network, like Bitcoin for example. Or, blockchains can be permissioned, where only designated participants can read or write transactions on the network. Enterprise blockchain is permissioned; transaction data and processes are accessible only to authorized participants, whose roles and access levels are predetermined when designing the governance model of the network.

What’s more, Ethereum-based blockchains use “smart contracts” — programmable logic that allows for certain transactions to be automatically executed when the defined conditions of a business contract have been met. Smart contracts remove the need for an intermediary party to facilitate transactions or ensure legitimacy of actors, so two (or more) parties can transact directly using select terms and agreements within the permissioned network.

Blockchain and data: provenance, management, and security for easier compliance

In a blockchain network, members can see an entire unaltered chronological history of transactions associated with a particular asset. Whether that asset is inherently digital, such as data, or is representative of a physical item, all interactions with the asset are recorded on the ledger, which is distributed across the entire network and copied onto each node. Network members can view the source of a particular asset, who interacted with it, what was done to it, where it was stored, etc. to create a full picture of the provenance of the asset over time.

The different types of “roles” and access levels that are necessary for a blockchain network to accomplish its purpose simultaneously build in security across the solution. Based on the governance model and rules of the network, some parties may require access to certain transactions, while others may remain private. An auditor, for example, can be granted access to view the data necessary for them to ensure proper compliance.

Blockchain technology holds immense promise to improve operations, optimize efficiencies, and enhance security for enterprises of all types. Let’s look at data as an asset that can be tracked on the blockchain – emissions data, for example. The current methods for tracking carbon emissions is still largely manual, siloed, inaccurate and subject to massive underreporting to regulatory bodies in order to avoid fines, meaning no one really knows what’s going on with their emissions. Companies need a new way to track emissions to maximize their incentives and give regulatory bodies a more accurate view of the real state of global carbon outputs.

What else can blockchain do?

Emissions data is just one type of data that can be managed and traced on the blockchain. What’s really exciting about blockchain is that enterprises can design their own solutions to solve their unique pain points. It can do anything from tracing physical assets across the supply chain to internal data sourcing.

Those in leadership roles are starting to understand the ROI of technologies like AI and machine learning and must do the same for blockchain. As CIOs and other technology decision-makers look at what technologies to invest in, provenance and its role in simplifying regulatory compliance while providing trustworthy data for decision-making should be top of mind.