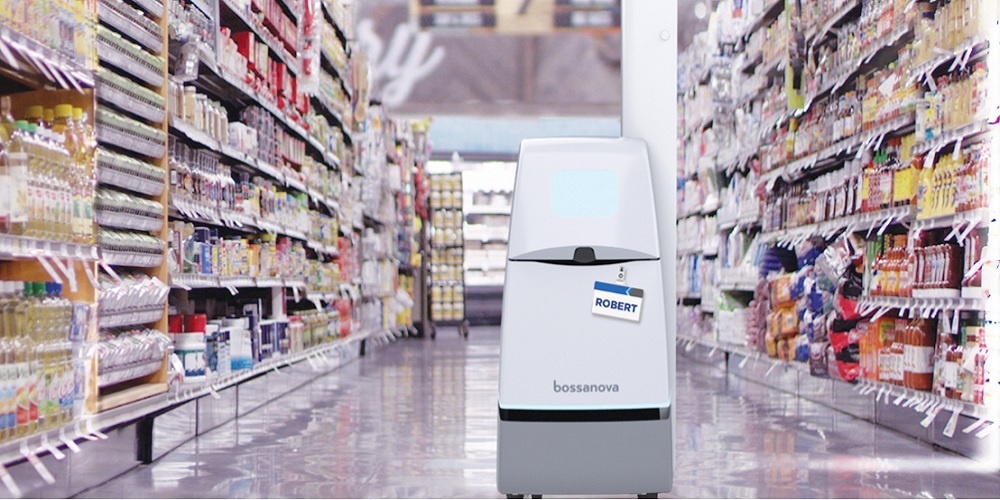 You may have already seen robots in grocery stores, but prepare to meet up with Walmart robots on upcoming visits to the widespread superstore chain.

Walmart has already used robots in their warehouses for years, but now, according to a Fast Company article, they’ve started rolling out roaming robots which scan shelves for out-of-stock items — something humans used to spend much time on.

It’s also a large-scale way for Walmart and the robots’ manufacturer, Bossa Nova, to test the efficacy of human-robot interaction.

It isn’t easy to design a Walmart robot

Bossa Nova needed to ensure a few things with their rollback robots:

While some robot manufacturers use glued-on googly eyes to indicate direction — or, at least, a “front” and a “back” of the robot — Bossa Nova initially turned to turn signals.

“We expected the turn signals to just work,” Bossa Nova told Fast Company. “It was a big surprise that actually the answer is no. People had a hard time transcribing an experience from the road to one that’s indoors.”

Related: Robot Racism is a Real Thing and It Doesn’t Reflect Well on Us

“Pioneering companies owe it to society to figure out the right convention for the way robots express intent and indicate presence,” a Bossa Nova official says in the story. “We should figure out the right way of doing it through experimentation and standardize it so people don’t have to learn how to interpret different robots.”

What do you think? How should robots be designed: human-like, or with their own language of communication that humans adapt to over time?