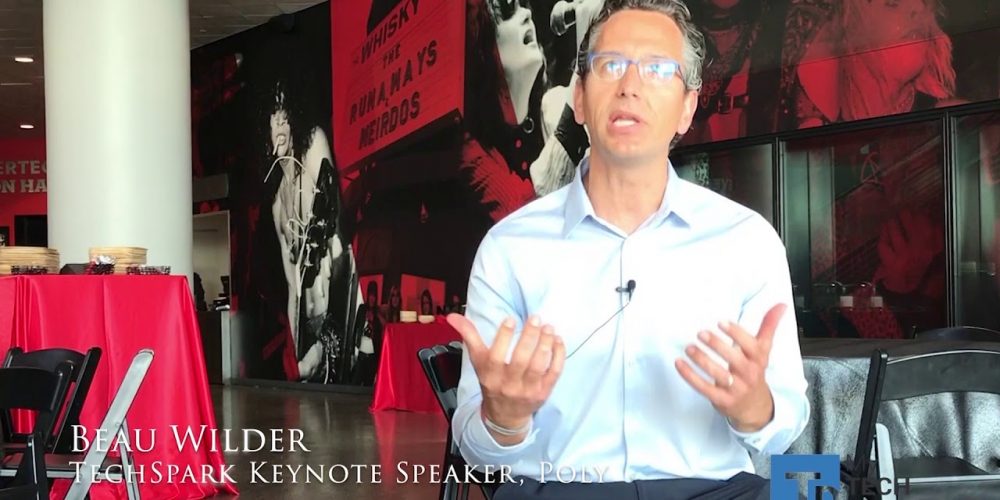 At the Rock & Roll Hall of Fame in Cleveland, Ohio in late May, a group of end user technology managers gathered for the latest AVI-SPL TechSpark event. As some of the greatest rock songs of all time played over the speakers, guests snacked on an impressive display of charcuterie, sipped from complimentary cocktails, and networked with peers, partners, and AVI-SPL representatives. The event hadn’t officially begun, but the energy in the room showed a group of end users excited to have an event of their own.

“It allows end users to get closer to what we do from a technology perspective,” says Jason Carr, Regional Sales Director for Central U.S. at AVI-SPL. “It also allows our employees to develop deeper relationships, and not only talk about the technology but their business.”

AVI-SPL TechSpark events offer attendees an opportunity to learn about digital transformation from thought leader keynote speakers across the industry. Each event focuses on aspects of business that can be augmented by the proper inclusion of tech. Guests learn from some of the industry’s finest about the implementations they should be thinking of.

Click here to register for the next TechSpark event!

That’s far from the only goal of TechSpark. At its heart, TechSpark is a networking event. With so few events and groups for technology managers, it’s refreshing for end users to have a space to gather where the point of emphasis is their struggles. They meet peers from other companies, chat with AVI-SPL and other partners, and enjoy some of the finest venues each location has to offer.

“It gets a conversation going,” says Beau Wilder, VP Innovation Waves and New Products at Poly, and keynote speaker at the TechSpark Cleveland event. “It’s a more informal event that allows people to network really easily. You get a different conversation that way. It’s about stoking a new idea, having a conversation, and hopefully they leave with a different frame of mind.”