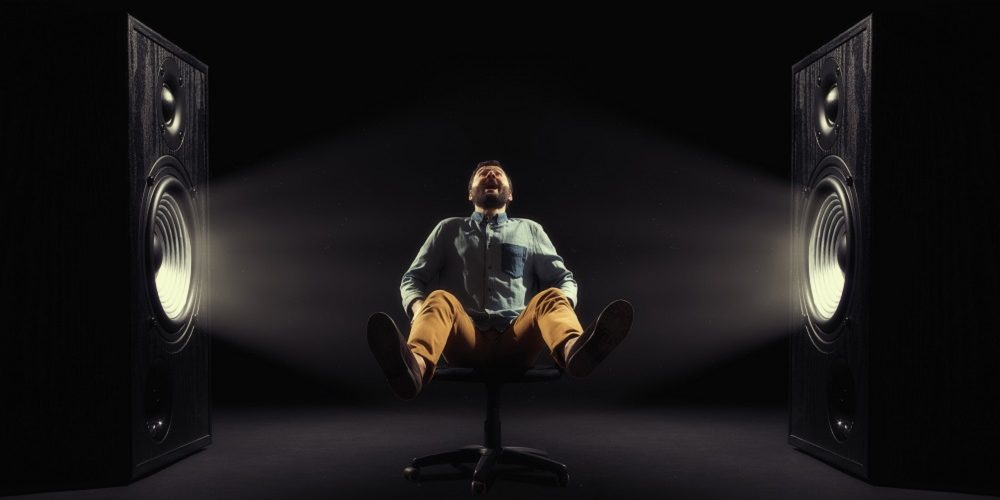 Imagine that your company is on the brink of closing a monumental sale. There are just a few more important items to be ironed out over a meeting at your corporate offices.

The client walks into the lobby but there is no sound system or sound masking solution, so everyone can hear the ins and outs of the walking meeting that just strolled by, the fine details of the coffee orders being placed at the lobby café and an employee’s phone conversation with their spouse about who is picking the kids up after work.

In the conference room, you remote call the sales rep in charge of the account, but neither side can clearly hear the other because of the lackluster audio technology you’re using.

Then, on the building’s intercom, there’s unbearably bad feedback that makes everyone in the building — including your potential client — cringe. That’s before the actual message that is barely intelligible.

Those are just a few examples of why a quality audio system is crucial to your business.

We spoke to sound system experts who said audio systems can be one of the most difficult technologies to sell to end users, but there is clear return-on-investment in having a good sound system versus the opposite.

Clarity gives you a better reputation and happier customers

Like the examples given above, clarity is the biggest ROI of audio solutions. Intelligibility and being able to understand what is being said are the biggest returns provided with audio systems.

This is true across every market, including corporate offices, conference rooms, event spaces, entertainment venues and retail spaces.

Most of your customers won’t notice a good sound system, but they will notice when you’re in need of a new one.

For technology managers hoping to get leadership on board with purchasing a sound solution, Al Sheppard, president and co-owner of Florida-based Innovative Collaboration, recommends playing on the fear and uncertainty of what happens to an organization that doesn’t understand the importance of audio solutions.

“It can definitely irritate the crap out of your customers,” Sheppard says. “If you have a poor sound system with feedback, echo and so on, it really becomes a sore point quickly.”

“If you’re not able to hear what’s going on, it can lead to frustration. That can turn sideways on you.”

Without naming the facility, Sheppard referenced a venue in Florida that hadn’t seen an audio upgrade in years. It was notorious for the poor quality of its sound system.

“You’ll actually have people up and walk out,” he said. “It causes a reputation problem when you have bad sound.”

Read Next: Three Reasons You Should Invest In An Audio System

With a new audio system in your conference room, the meeting will run smoother and more effectively and participants won’t have to pause every minute to ask the speaker to talk louder or move closer to the microphone, Sheppard said.

On the other side, advancements in microphone technology for conferencing solutions don’t require any messy cables and equipment. In many cases, microphones can be mounted on the ceiling, eliminating the hassle of dealing with individual microphones on the boardroom table.

She cited a recent study that found there are between 36 million and 56 million meetings per day. However, ineffective meetings cost the U.S. economy between $70 billion and $283 billion each year.

“Lost meeting productivity is a big deal because so much time is spent in meeting and with even a small percentage of time wasted can add up,” she said. “A meeting can go on without video, however without audio, it’s a complete loss.”

Have you ever held a meeting in which a remote participant was joining via Skype on a laptop’s audio? It’s nearly impossible to hear in most settings, especially at a larger enterprise.

“Without audio, there is no meeting, no paging and no music — therefore lost productivity,” Schaeffer said.

In addition to entertaining customers and making the office more productive, audio solutions can also help both your employees and customers maintain their privacy.

For employees, this helps them focus on their work and not get distracted by conversations in the next cubicle, says Sheppard of Innovative Collaboration.

In more public, highly regulated seeings like a bank or hospital, sound masking can help protect the privacy of your customers.

“You don’t want to walk into a bank lobby and hear that she’s got $25 left in her savings account and that guy over there has $75,000 that he’s trying to buy a CD with,” Sheppard says. “That’s really improper.”

Customers will be more likely to continue to give you their business if they know their privacy is being taken seriously.

“If it’s set up right, it does dissipate your ability to eavesdrop on a conversation,” says Sheppard.