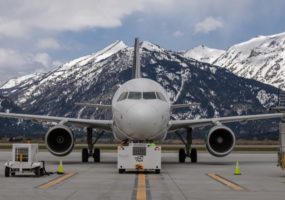 The Jackson Hole Airport (JAC) lies seven miles north of Jackson, Wyo., at the base of the Teton mountains. It is unique for being entirely within Grand Teton National Park. Jackson Hole Airport is the busiest airport in the state, with nearly 500,000 in-bound passengers annually. The airport covers over 500 acres and has one runway […]

After being hit by a ransomware attack that affected email, health records, and operating systems, Hancock Regional Hospital decided to pay the Bitcoin ransom.

KRACK Exploit Puts All Devices on WiFi at Risk

By now you may have heard of the latest cybersecurity threat, KRACK (short for Key Reinstallation AttaCK). But what exactly is it? KRACK is a vulnerability in the WPA2 security protocol used by most wireless networks today. The vulnerability allows hackers to steal data flowing between your wireless device and the targeted WiFi network, as well as potentially […]

The Rise of Ransomware: What Higher Ed IT Teams Need to Know

Ransomware is dangerous to all computer users, but those at colleges and universities are particularly vulnerable.

What To Do When Viruses Weaken Your College’s Network

At InfoComm2015, Joel Bilhiemer discusses how colleges can cope with and prepare for data breaches and the “Technology Management in Higher Education” seminar.