Brizy Page Builder, a popular WordPress plugin known as one of the best website builders for non-techies has known vulnerabilities, which could lead to the potential compromise of thousands of WordPress websites. Researchers at Security firm Wordfence stumbled upon the Brizy Page Builder vulnerabilities during a routine review of its firewall rules. The company discovered […] 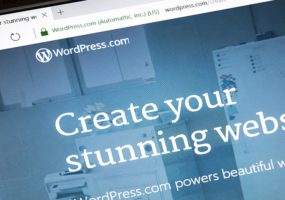 WordPress is floating a proposal to treat Google’s new Federated Learning of Cohorts tracking technology as a cybersecurity issue and may block it by default on WordPress websites, adding to the list of tech companies who aren’t on board with Google. FLoC is a new ad tracking technology that replaces third-party cookies and essentially uses […]

Hackers are Exploiting This WordPress Vulnerability

Cyber criminals are reportedly exploiting vulnerability in a WordPress plugin that allows them to erase website databases, and some entire websites have been seized. According to website security firm WebARX, the ThemeGrill Demo Importer plugin was the culprit, and it had more than 200,000 active installations, however that has since dropped to about 100,000 as […]