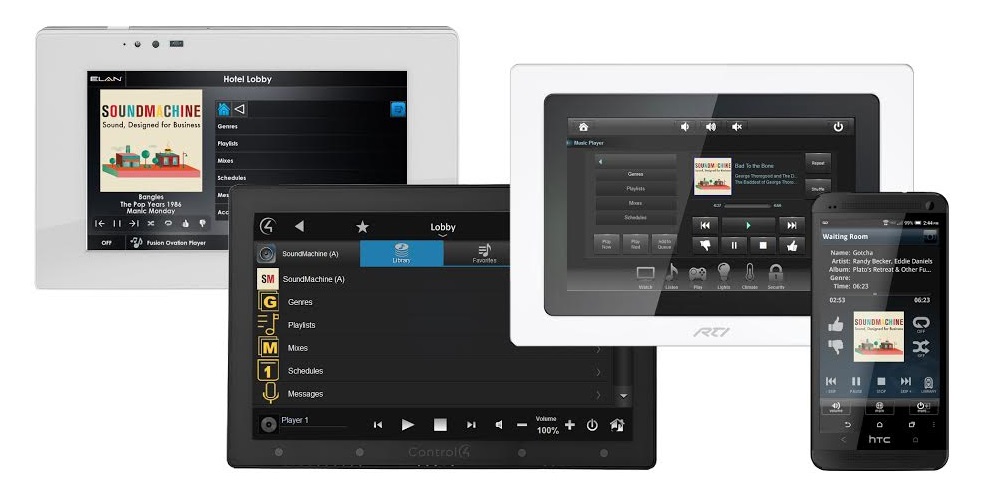 Until recently, music server maker Fusion Research was almost entirely residential market focused and didn’t have much of a commercial market strategy. It didn’t even have a booth at InfoComm 2018. But it was there in a big way, connecting with potential partners and looking to bolster its new commercial-market focused music servers along with its new commercially licensed streaming service offering that stems from its recent acquisition of SoundMachine.

So with Fusion Research’s music servers and streaming service, commercial interators can affordably place music into public space projects. Fusion music servers can be controlled via a free iOS or Android app or via integration with several of the major automation companies like Crestron, Control4, RTI, Elan, URC, Niles, Speakercraft, Compass Controls and some Savant systems.

Single source servers with Burr-Brown DAC’s start at $599 MSRP and multiple source units start at $949 and can be stacked to increase the number of discrete streams available in a project. This includes the ability to stream multiple discrete licensed music streams in one location.