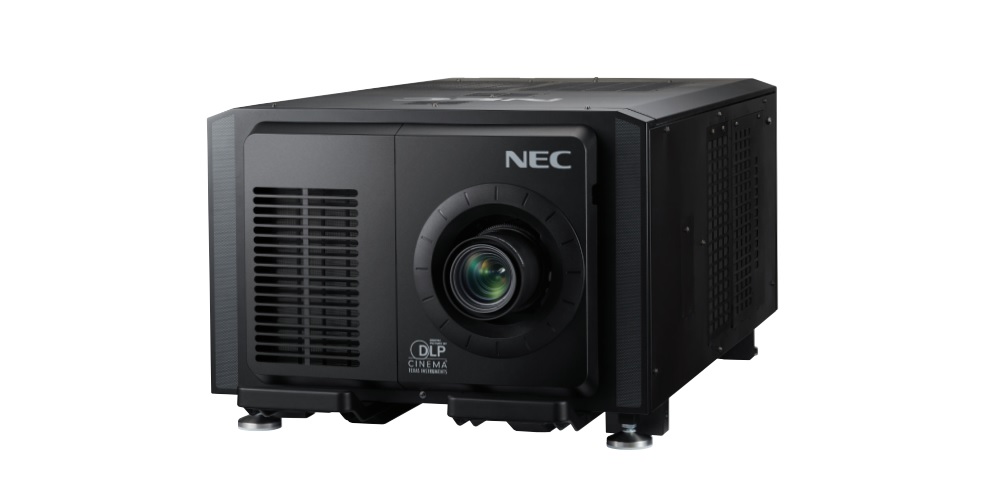 According to a press release, the NC Series delivers 2K imagery on small-to-medium-sized screens. The NEC NC1802ML rounds out the company’s NC Series, which also includes the NC2402ML and the NC2002ML.

NEC says cinema operators can easily adapt the projector for various screen sizes, including screens up to 72 feet, allowing operators to get more out of their investment.

The product features an internal liquid chiller, which removes the need for an external cooling system and makes it easier to install it in tight spaces. Customers can either lease or purchase the system and its laser light modules as a system or individually, NEC says.

According to NEC, other benefits and features of the series include:

“With the NC1802ML rounding out the series, we’ve created a digital cinema projector without limits,” says Rich McPherson, senior product manager at NEC Display, in a press release.

“We’re looking at the future of laser projection: a single solution that can operate as many. With this revolutionary design, we can alleviate many of the concerns that came with traditional laser projectors and lower the cost of operation as much as we can.”

McPherson says the company designed the projectors to lower the cost of ownership and be more versatile without sacrificing performance.

“We’re dispelling the myth that digital cinema projectors are hard to maintain and only good for one thing,” says McPherson.

“With the modular design, operators are able get more out of their investment by using it in different spaces for different things. Not only can they host Hollywood blockbusters, but also corporate presentations, watch parties, and more—all with one projector.”