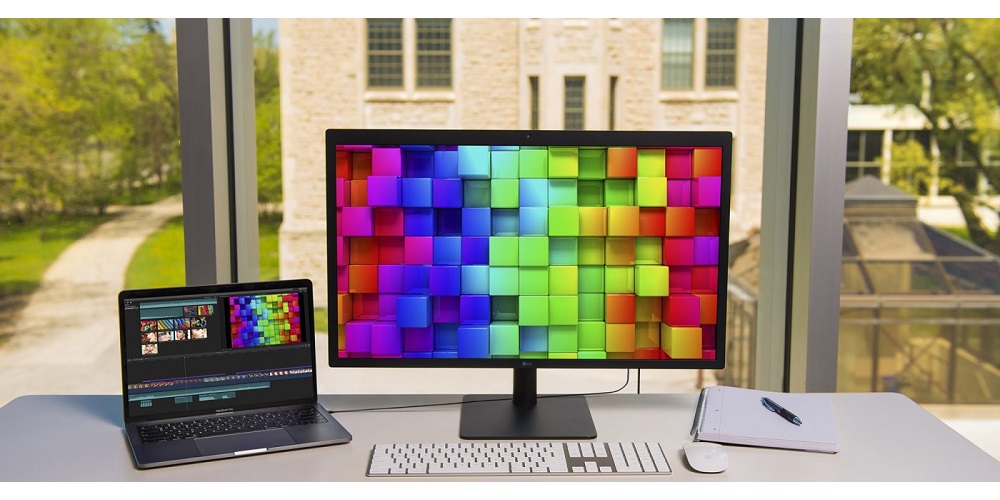 The new 24-inch class 4K model and 27-inch class 5K monitors each include “upgraded connectivity options and seamless macOS integration,” according to the LG announcement.

The 24MD4KLB-B LG UltraFine IPS LED monitor is a 23.74-inch 4K (3840 x 2160) model with a Thunderbolt 3 port that supports daisy-chaining for dual-monitor setups and enables up to 85 watts of power delivery to charge MacBook Pro laptops.

Both new models include a display stand that offers height and tilt adjustments. Users can customize the display height to “create a more personal, comfortable workstation or easily wall-mount the display with the use of a VESA mount bracket,” according to the LG announcement.

They can also adjust display settings such as brightness and volume through macOS without requiring any physical buttons on the monitors. The high-definition monitors with IPS minimize color shift and deliver detailed, accurate images with consistent edge-to-edge color.

This article premiered on our sister site, Commercial Integrator.