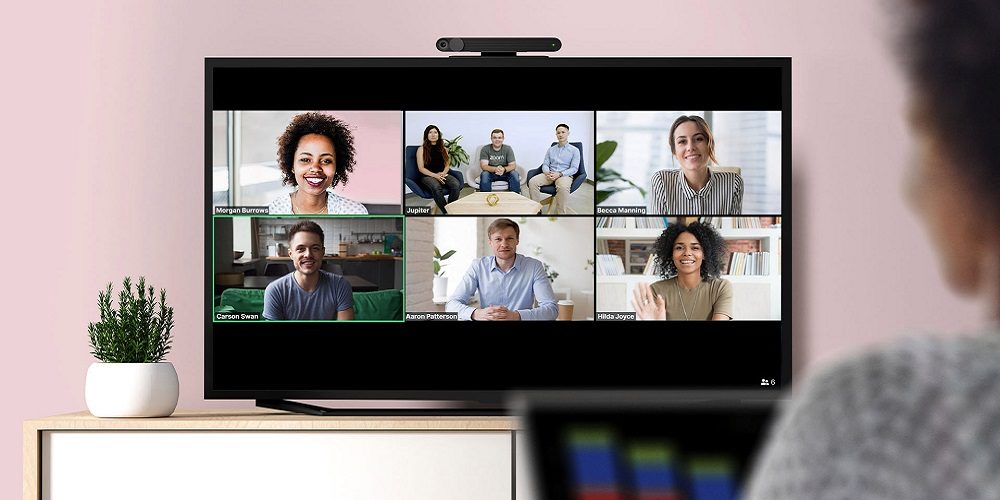 Remember last year when everyone scrambled to slap together a home office and tried to find webcams and headsets but they were all sold out? I do, and that was awful.

Now, that equipment is more widely available and workers have spent the last year gearing up their home offices and buying webcams, microphones, headsets and more to be able to take video calls with the same quality as in-office conference room setups.

That’s given the videoconferencing industry reason to begin offering solutions that make remote work easier. Facebook has taken that up recently, including introducing support for popular videoconferencing apps on its Portal tablet devices.

But the company is now taking it a step further and is making it possible to take Zoom and GoToMeeting calls from the largest screen in the home.

In a Wednesday blog post, Facebook said Zoom and GoToMeeting are now supported for PortalTV, the company’s intelligent video calling and collaboration device that uses a consumer-grade TV as a display. The device includes a Smart Camera with intelligent panning and zooming and an eight-microphone array that features intelligent noise filtering.

That means users can take calls on those platforms with Facebook’s intelligent video calling solution for TVs. Facebook bills it as a solution that helps free up computer monitors for increased productivity during meetings.

According to Facebook’s blog, this is another bet on the continued remote work trend.

The world is changing, and the shift toward remote work appears to be here to stay. In a recent survey conducted by PwC, 55% of employees would prefer to work from home at least three days per week after COVID. As we enter a new hybrid era of remote and office-based co-workers, Portal helps you feel more connected, whether you’re meeting one-on-one or connecting with a larger team.

With support for two of the most popular videoconferencing apps, Facebook says employees can now work from their couch and still enjoy a quality calling experience. Users can join breakout rooms for brainstorming in smaller groups, integrate calendars, share screens and add virtual backgrounds, according to Facebook.

The company in August 2020 announced that it was adding support for Zoom, BlueJeans, GoToMeeting and Webex to its other Portal devices.

This is just another example of commercial and residential tech meeting in the middle, and we’re likely to see more of it if hybrid work proves to be more than just a buzz word.