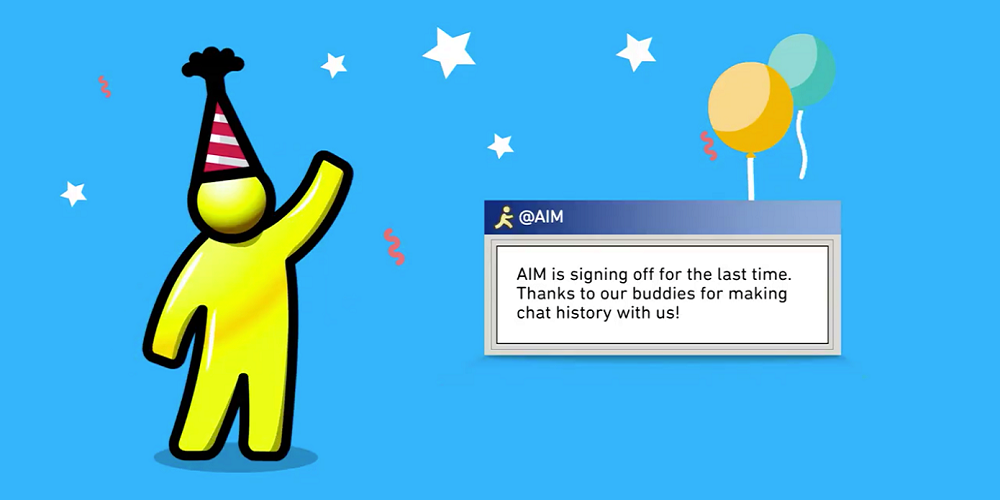 AOL Instant Messenger shut down for good in December 2017.

My 30th birthday is next month, and I’m starting to feel old. I’m also starting to realize that younger generations have no idea what it was like growing up in the 1990s and early 2000s.

In many ways, that era shaped the future of technology. Napster and Limewire — although largely frowned upon — brought us a new way to discover music rather than buying records at a store. The first SMS text message in 1992 paved the path for modern text messaging. Remember Windows 95? That became Microsoft’s foundation for the modern desktop, and Windows 10 doesn’t seem too far off.

I had a long list of embarrassing screen names that included some variety of “skater” or “punk”, but I don’t get paid to write about my poor life choices as a tween.

The free instant messaging service was shelved in 2017 after more than 20 years of giving you away to talk to your middle school crush. In many ways, it shaped social media and introduced many people to the internet.

According to Fast Company, the service was used by AOL employees for work, much like Slack, GChat or Microsoft Teams.

“AIM invented the idea that you were always online—and if you weren’t, you’d set up an away message to let people know,” the publication wrote in a story on AIM’s founders and how the service shaped online messaging apps.

Those away messages became Facebook updates and Tweets, and GChat. Facebook and WhatsApp took over the messaging services.

Open up Microsoft Teams or Slack and ask yourself how much it reminds you of your buddy list. You can even set an away message, but instead of embarrassing song lyrics, it’ll probably be about your upcoming vacation or pending move to a new position.