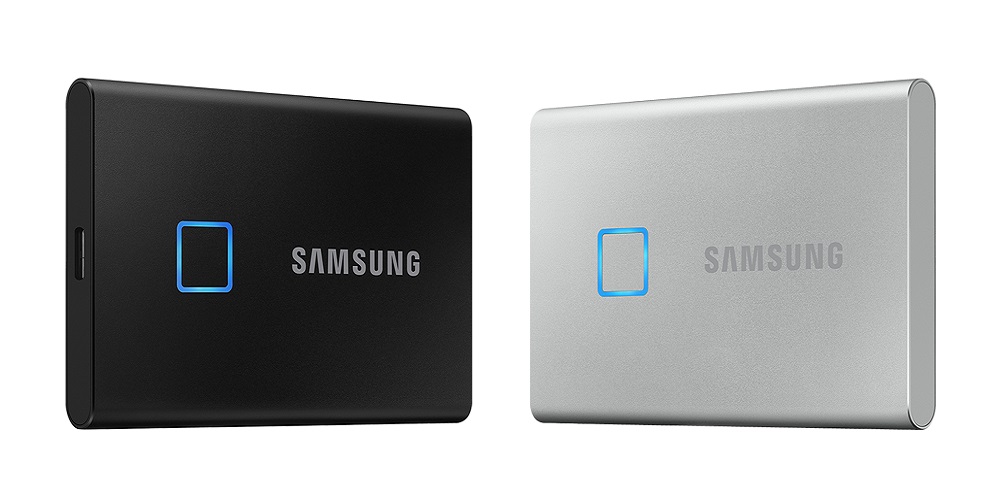 The Portable Solid State Drive (SSD) T7 Touch was announced via a press release Wednesday. According to the company, it combines fast transfer speeds based on the USB 3.2 Gen 2 standard with the new sensor.

According to Samsung, the device has enough capacity to securely store large number of pictures, games or 4K/8K videos on PCs, tablets, smartphones or game consoles, and is durable enough to be mobile.

Samsung highlighted the device’s speed, including read speeds of 1,050MB/s and a write speed of 1,000MB/s, making it about two times faster than the T5, its predecessor. It’s also 9.5 times faster than external HDDs.

The device reaches its maximum speed when used with the NVMe interface, Samsung said.

The fingerprint scanner is paired with password protection and AES 256-bit hardware encryption for an added layer of security.

The T7 Touch also features a ‘Motion LED’ that helps the user determine the status of the device simply by looking at it.

The device is still light, weighing just 58 grams despite the hardware additions and new features.

The Samsung T7 Touch is available in 500GB, 1TB and 2TB and comes with a USB Type-C-to-C cable and a USB Type-C-to-A cable. It’s compatible with Windows, Mac and Android systems.

The Portable SSD T7 is expected to be launched in the second quarter, Samsung said.

“Consumers who are constantly on the go between work, play and passion projects want to be able to securely carry their content with them,” said Dr. Mike Mang, vice president of Brand Product Biz Team, Memory Business at Samsung Electronics. “Now their data is secure thanks to the fingerprint recognition functionality incorporated into the product, which delivers industry-leading transfer speeds in a compact form factor.”