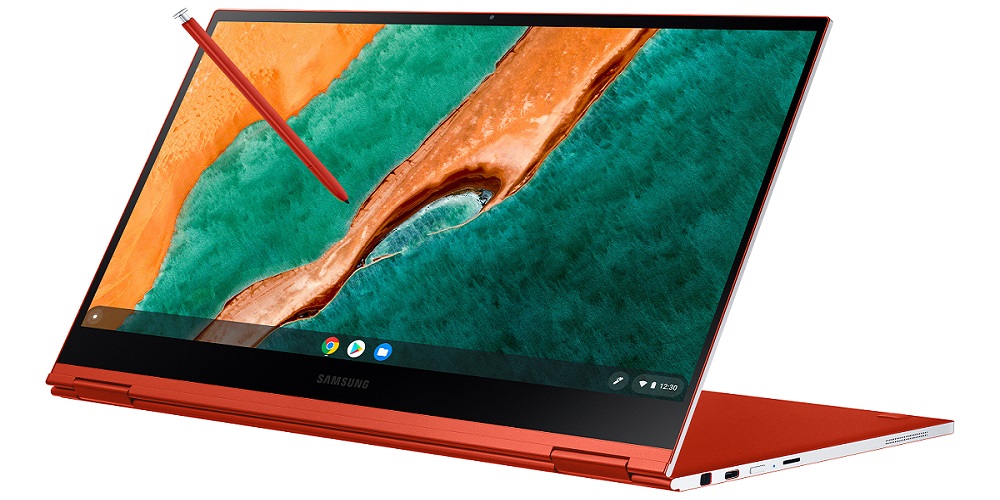 Samsung, no stranger to the Chromebook, has released its newest version of the popular Google Chrome OS laptop: the Galaxy Chromebook.

The South Korean tech giant said the 2-in-1 device combines an AMOLED display to deliver 4K UHD resolution and built-in pen support that lets you write, draw and navigate the Chromebook quickly and efficiently.

The device is just 9.9mm thick, making it one of the thinnest personal computers on the market and Samsung’s thinnest ever.

The Galaxy Chromebook, co-engineered with Intel as part of the Project Athena innovation program, also comes equipped with Google Assistant.

The device is powered by the 10th Gen Intel Core i5 processor and Intel Wi-Fi 6, making it a very fast and portable device. It also comes with HDR400 for high-contract graphics and Ambient EQ capabilities.

According to Samsung, the best mobile features from the Galaxy system will be available on the Chromebook, like Click-to-Call and messaging apps.

Read Next: Samsung and Zoom Team up to Deliver Integrated Zoom Rooms Hardware

Samsung and Google say the device was built with the mobile worker and student in mind.

“The notion that we do everything stationary at a desk is a thing of the past, and people need premium devices built for our new reality,” said Alanna Cotton, senior vice president and general manager at Samsung Electronics America. “By offering a seamless, premium user experience, Galaxy Chromebook helps you effortlessly switch between streaming, creative projects, word processing, and more.”

Kan Liu, senior director of product management at Google, said Chrome OS has been a classroom staple for years, but now Chromebooks are being used by younger generations and working professionals.

“As we see the demand for premium Chromebook experiences rise, we are investing more and more with partners like Samsung to build the next generation of flagship Chromebook product innovations and offerings,” he said.