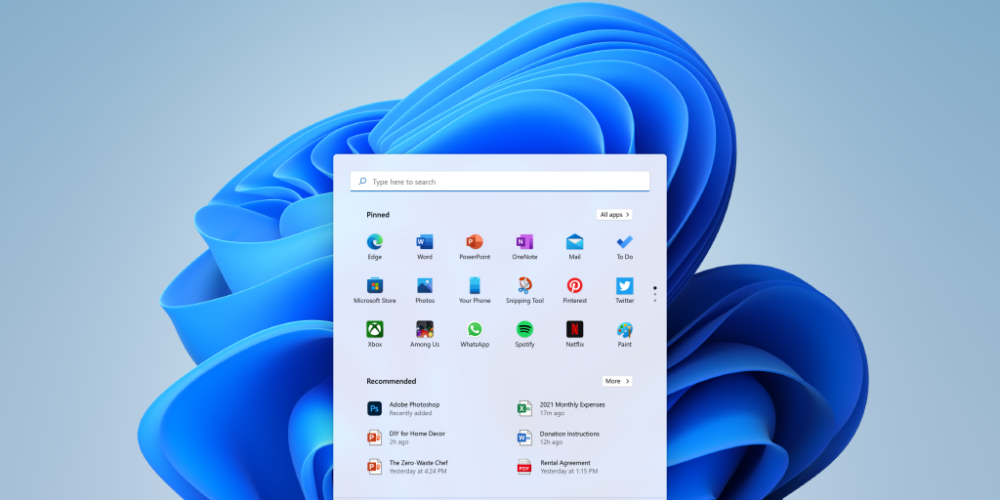 Microsoft has announced Windows 11, a new version of the company’s flagship operating system designed with productivity, ease of use and efficiency in mind. The OS is expected to begin rolling out to users this fall.

The announcement of Windows 11 comes even after Microsoft said Windows 10 would be the last operating system it ever released with new feature packs and updates every so often.

Many of the changes are largely cosmetic, with a new user interface that puts the Start menu and taskbar at the center of the screen, function harnessing the cloud and Microsoft 365 to help users navigate their data.

However, there are several things about Windows 11 that IT professionals should note before they begin rolling this out to end users when it becomes available.

Specifically, organizations can move PCs to Windows 11 using Windows Update for Business if they are running Windows 10 Enterprise, version 1909 or higher, or Windows 10 Pro, version 20H1 or higher.

“If you own Home or anything, you have to go to Pro in order to get to 11,” Kirkendoll tells My TechDecisions.

Other minimum system requirements, according to Microsoft, include:

• A display of at least nine inches with HD Resolution

Machines must have a TPM chip

According to Microsoft, to be eligible to upgrade to Windows 11, devices must also have a TPM 2.0 chip. The trusted platform module (TPM), version 2.0, encrypts and decrypts the hard drive.

“In most machines, it is not a standard practice,” Kirkendoll says. The chips are more common in laptops, but they are much less common in desktops.

“So there are a lot of machines out there that won’t even be able to upgrade,” Kirkendoll says.

In its blog announcing Windows 11, Microsoft said Windows 11 will be deployed and managed much like Windows 10 is today, and upgrading from Windows 10 will be similar to a feature update. Tools like Endpoint Manager, cloud configuration, Windows Update for Business and Autopilot will continue to support your environment.

The company is also changing how it provides updates to its OS. Currently, Microsoft pushes out two big updates a year, but the company is changing that with Windows 11 to only update once a year.

One big draw for security-minded IT professionals are the built-in security features in Windows 11, including the TPM 2.0 requirement.

According to Microsoft, Windows 11 is also Zero Trust ready with new technology “that will add protection from the chip to the cloud.”

Other features include hardware-based isolation, encryption and malware turned on by default, and Microsoft is making it easier to go passwordless by simplifying the deployment of Windows Hello for Business.

“I’m loving the fact that they’re doubling down on the security side,” Kirkendoll says.