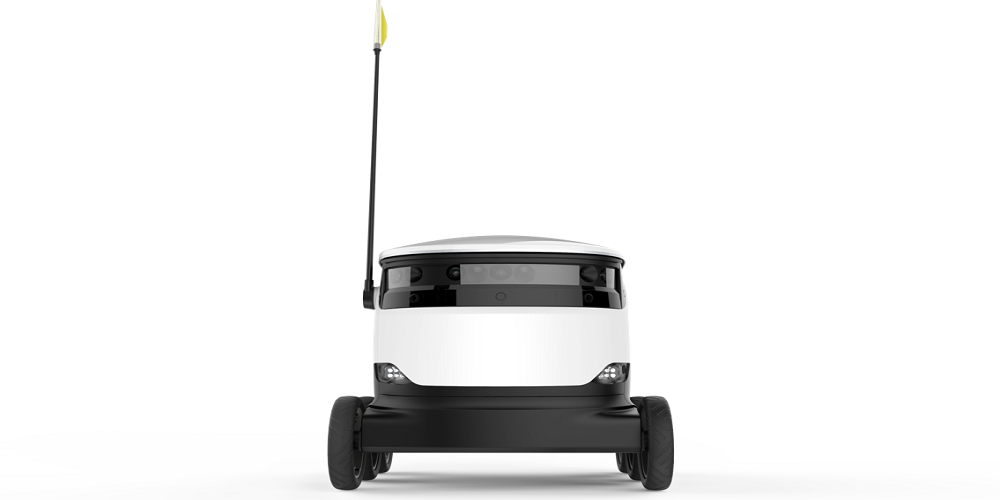 Now, a startup named Starship Technologies has raised millions of dollars to bring their delivery robots to UCLA in California and Bridgewater State University in Massachusetts.

More from a recent VentureBeat report:

Starship, which was founded in 2014 by Skype veterans Ahti Heinla and Janus Friis, offers a six-wheeled robot that packs a wealth of electronics, including nine cameras and ultrasonic sensors that afford a 360-degree view of its surroundings.

The robot has a maximum speed of 10 miles per hour and is capable of recharging, crossing streets, climbing curbs, traveling at night, and operating in rain and snow without human supervision. As a precaution, a team of teleoperators monitors the robot’s progress and can take control if need be.

On campuses like UCLA, mobile apps for Android and iOS handle ordering. Customers select what they’d like from a menu and drop a map pin where they want their delivery to be sent, and Starship’s robots — which can carry up to 20 pounds of goods (about three shopping bags’ worth) in their password-locked compartments — get moving while continuously reporting their location.

When they arrive at their destination, they issue an alert via the app.

The company provides a $10 per month delivery service for businesses, with a flat $2 delivery fee for users.

The service fees don’t seem like much — “robots as a service” is an interesting thing to say — but what if a school or company wanted to outright own the hardware? I find it difficult to believe that a school might find budget for an outright investment or even a recurring monthly charge.

As always, the potential for technology to excite and offer increased convenience is limited only by cost and how it can be justified.